Members of the Advising and Organizing Committees: 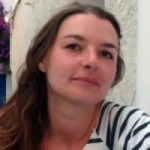 Flore Garcin-Marrou holds a PhD in French Literature from the Sorbonne, with degrees in Philosophy of Religion (Paris I) and Theater Studies (Paris III). Her thesis is entitled “Gilles Deleuze, Félix Guattari : Between Theater and Philosophy” (supervised by Denis Guénoun). Her current research essentially focuses on the relation between contemporary philosophy (Deleuze, Guattari, Derrida, Althusser, Levinas, Foucault) and contemporary theater (Joël Pommerat, Falk Richter, Sarah Kane), as well as on questions regarding theatre history. Director of the acting company La Spirale ascensionnelle, she has staged Hamlet-Machine by Heiner Müller (2005, Bordeaux) and vocally staged Ritournelles by Félix Guattari with the voice poet Damien Schultz (2011, Mains d’oeuvre, Saint-Ouen). After having taught Theater Studies at la Faculté libre des Sciences humaines in Lille and at the University of Toulouse 2 Le Mirail, she is currently dissertation supervisor at Columbia University Paris and temporary lecturer at the University Paris-Est Marne-la-vallée. She is the founder of the labo LAPS. https://www.floregarcinmarrou.com/ https://paris-sorbonne.academia.edu/FloreGarcinMarrou 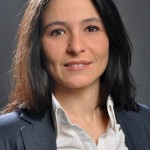 Liza Kharoubi is Lecturer in Contemporary British Theater at the University of Avignon. Holder of the agrégation of English and of a PhD from the Sorbonne, her thesis is entitled “The Face of the Stage: The other world of Harold Pinter and Emmanuel Levinas.” Her current research crosses contemporary performance with ethical theories from French (Emmanuel Levinas, Michel Serres, Jacques Derrida, Michel Guérin) and Anglo-Saxon (Stanley Cavell, Simon Critchley, Martha Nussbaum, Avital Ronell) traditions. Her dedication to interdisciplinary research leads her to focus on the social, ethical, and political as well as pedagogical stakes of current developments in literature and performance studies. She is a former participant of the Mellon School for Theater and Performance Research at Harvard University and a member of VALE and the Labo LAPS. Founder of the group Performance Philosophy France, she seeks to encourage the development in France of this new research field. http://univ-avignon.academia.edu/LizaKharoubi 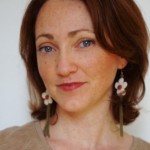 Anna Street is a double-doctoral candidate at the University of Paris IV – Sorbonne and at the University of Kent at Canterbury and holds a Masters in philosophy from the Sorbonne. She is a recipient of the Oxford Honors Program and a former participant of the Mellon School for Theater and Performance Research (Harvard) and the London Graduate School Summer Academy at Kingston University. Her thesis studies the relation between philosophical trends and post-war European theater, notably exploring how the collapse of ideologies transformed not only the stage but also philosophical writing. Member of VALE and the Labo LAPS and founder of the group Tragedy and Comedy: Genres of Dramatic Thought within the Performance Philosophy network, she actively participates in conferences and seminars devoted to philosophy and theater and is particularly devoted to the promotion of intercultural and interdisciplinary exchanges related to philosophical reflection and performance. http://paris-sorbonne.academia.edu/AnnaStreet 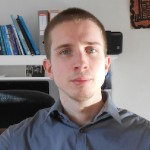 Julien Alliot is a doctoral candidate in English Literature at the Sorbonne (contemporary drama). Holder of the agrégation of English and a Masters in English literature from the Sorbonne, he currently teaches preparatory classes for admission to the French Grandes Ecoles (lycée Raspail, Paris). He is a member of the Labos LAPS and VALE (Université Paris-IV- Sorbonne). His thesis tries to articulate the multiplicity of theoretical works (be they philosophical, sociological, anthropological, psychoanalytical) on the phenomenon of festivals and parties with their actual aesthetic representation. Focusing on the British contemporary stage (from Beckett onwards) and film, it explores the modalities of a new sort of mimesis, applied to a subject faced with a multitude of crises in the post-war era. Between excess and lack, between vibrancy and anxiety, a new form of celebration, a “paradoxical party”, is shown to emerge.